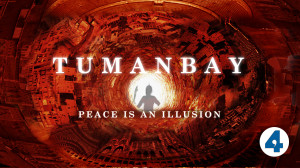 Tumanbay, the beating heart of a vast empire, is threatened by a rebellion in a far-off province and a mysterious force devouring the city from within.  Gregor (Rufus Wright), Master of the Palace Guard, is charged by Sultan Al-Ghuri (Raad Rawi) with the task of rooting out this insurgence and crushing it.  Epic saga inspired by the Mamluk slave-dynasty of Egypt.

This is part 1 of a 10 part series, check out the BBC Radio 4 website to follow the series and to hear additional episodes.