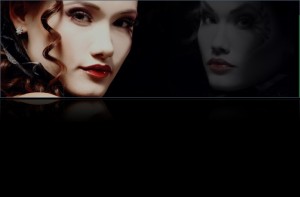 This week we feature John Keck’s “Theatre in the Dark” Productions, a fresh new entry to the audio drama scene with crisp production values, high-concept stories and sultry sounds and music.

Of this week’s tale, “The Night I Met Confusion” he writes:

[It’s] about a man that goes to a blues bar on a Friday night. As Derrick sits there enjoying his beer as he has so many times before, he notices a woman of sorts moving through the room in a way he has never seen. It’s almost as if she floats through the room. Speaking to many, it’s as if none really see her. Coming to whisper in his ear, Confusion is surprised that Derrick can see her. This has never happened in her time of service with the Master. Derrick finds out her name is Confusion and what follows is there conversation. She tells him what she is and how she and her best friend “Lust” will often cause chaos in the lives of those that come to the 411 on a Friday night. This Audio Drama is meant to be thought provoking and as well as entertaining. The Drama alludes to a possible spiritual battle existing in the world today.