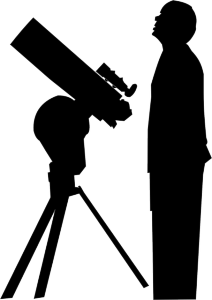 Thanks to Alicia Goranson (The Mask Of Inanna) for encouraging Peter Gruenbaum to submit this delightful re-imagining of an apocryphal work by C.S. Lewis, “The Sting of the Dark Tower” (not to be confused with Stephen King’s Dark Tower!).

C.S. Lewis is invited to visit a lab in 1940’s Cambridge England where he is shown a device called a “chronoscope” that does to time what a telescope does to space. The chronoscope shows strange images of a dark tower ruled by men with stingers on their foreheads. An accident with the machine results in minds being switched between Cambridge and the dark tower. In the present, a precocious teenager and her mysterious nanny explore and ultimately complete this work of fiction that was discovered after C.S. Lewis’s death.

The Sting of the Dark Tower asks the questions: How are Lewis’s ideas relevant to today? How might the story have been written if it had our modern viewpoint?

Voiced by professional actors and with an original score for classical saxophone quartet, The Sting of the Dark Tower will take you back in time, sideways in time, and perhaps get you to think about who are our own men with stingers.