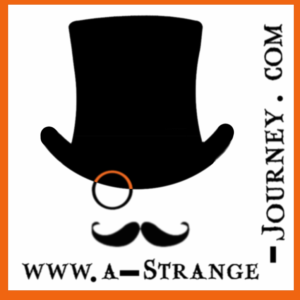 You’ve done it, in about a week’s time you’ve raised $1,000 and saved us from oblivion. This latest episode announcement finds you from the other side of a much-needed (and somewhat traumatic) hosting transition. We are now running squeaky-fast on Dreamhost’s Dreampress service and hosting our media from Blubrry. Stuff should sizzle on its way to your podcast reader from here on out.

If we reach our Kickstarter’s stretch goal ($2,500), we will start a contest running from Jan 1 – Jan 31, 2015. During this period, we will accept pitches for new radio plays of up to 30 minutes. The pitches will need to include a full production team including writer and producer, with a demo tape provided. Any genre will be considered, with judging based the quality of storytelling, previous production samples, and the impressiveness of the pitch.

Radio Drama Revival’s content team will pick a winning candidate who will score the $1,500 cash prize and be charged with going out and producing their story pitch. The winning story will then air on Radio Drama Revival later in 2015.

We’ve wanted to do something like this for a while, and now for the first time it looks like we have a chance to raise some money and do it. Please continue contributing and your name can be part of the credits for the new contest!

On to the show.

A Journey With Strange Bedfellows

Set in the late 1800s, Hunter Brown embarks on a perilous quest to secure true love as he searches for mysterious Faith Geibel, the young woman of his desires. The harrowing journey begins in Victorian Great Britain, moves to Paris then eastward to Hungary and finally, to western Romania (former Transylvania). After overcoming insurmountable odds, and grave personal loss, Hunter must make the ultimate sacrifice to remain in Faith’s existence. Socially shy and a bit uncertain, Hunter becomes a determined man with purpose and great inner strength over the course of his journey. There are twists and turns, surprises, lost souls and plenty of blood. Timeless Gothic horror themes and elements are an inescapable constant that compels listeners to experience the tale by candlelight.

Today we feature for you – for free! Act I, wherein a clockwork dancing partner proves too much for one girl to handle…