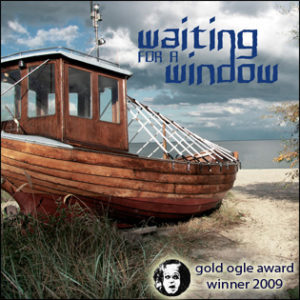 Our recap/celebration series continues, this time with Fred grabbing the mic to do his own blatant self-promotion… First, the 2010 satirical “War on Poverty” lampooning American geo-politics and media, followed up by the 2008 Gold Ogle Winning “Waiting for a Window.”

An unexpected storm throws Norman D. Waits off his course to… somewhere.

The island where he lands is nice enough, with old sea salts that welcome him with open arms and a bar that’s always open. But as it becomes increasingly clear that no one ever seems to leave the island, Norman finds himself in a fight to get moving to some distant shore or remain trapped in this half-baked paradise forever.

IN CASE YOU DON’T HEAR FROM US…

Radio Drama Revival’s Producer Fred Greenhalgh is traveling to Lesotho (in Southern Africa) for three weeks, internet is not a given, though adventures are.  If you hear any Radio Drama Revival between now and mid-February, it will include fun bits of audio from Malealea.