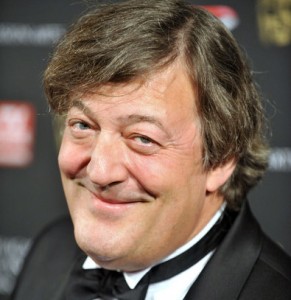 This week on the show we feature the work of Wireless Theatre Company, in their cheeky play about the drama behind radio drama creation We Are the BBC (and a nod out to its predecessor, We are Not the BBC).

Rob Sterling Davies is on the crest of a wave: a celebrated scriptwriter, actor, TV personality, the new doyen of Just a Minute, and apparently, Stephen Fry’s new best friend (and yes, this play does star Stephen Fry himself, as… Stephen Fry!). But all isn’t quite as it seems, and when Stephen discovers that Rob’s BAFTA-winning script was stolen, he undertakes to expose Rob for the fraud he is.

Written by Susan Casanove, who also stars as Bulah Clack. This is the second in a series of three comedy-dramas which document the rise to fame of a deeply immoral, narcissistic sociopath, played brilliantly by Adam Hall, who will stop at nothing to get what he wants.

Also featuring an interview with Washingtoon Audio Theater by the returned Captain Radio!