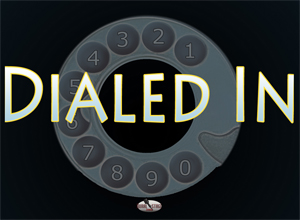 This week we report from #CVG2012 where our own FinalRune Productions in tandem with good friends Aural Stage Studios pick up the Gold Ogle award for our last year’s Halloween show, Intensive Care.  Joining us are a group of friends including Jack and Robert from Wireless Theatre Company, Dieter Zimmerman from Protophonic, Jeffrey Gardner and Clayton Faits from Our Fair City, and – !!! – Phil Proctor and David Ossman from The Firesign Theatre.

We kick off with the debut of Aural Stage’s new biweekly series – Dialed In with their inaugural installment, “Ancient Evil”

Afterwards we move on to Chapter 17 of The Cleansed. We face the grim aftermath of the pig man, when Sam comes in to clean up the mess and Maria faces the horror of the night before.

We then move on to a series of interviews, including a really nice moment with Phil Proctor and David Ossman, who talk in brief about their work with the Firesign Theatre, pay tribute to the passing of Ray Bradbury, and look towards radio’s future – and then conclude with an interview with some of this year’s Mark Time/Ogle winners.