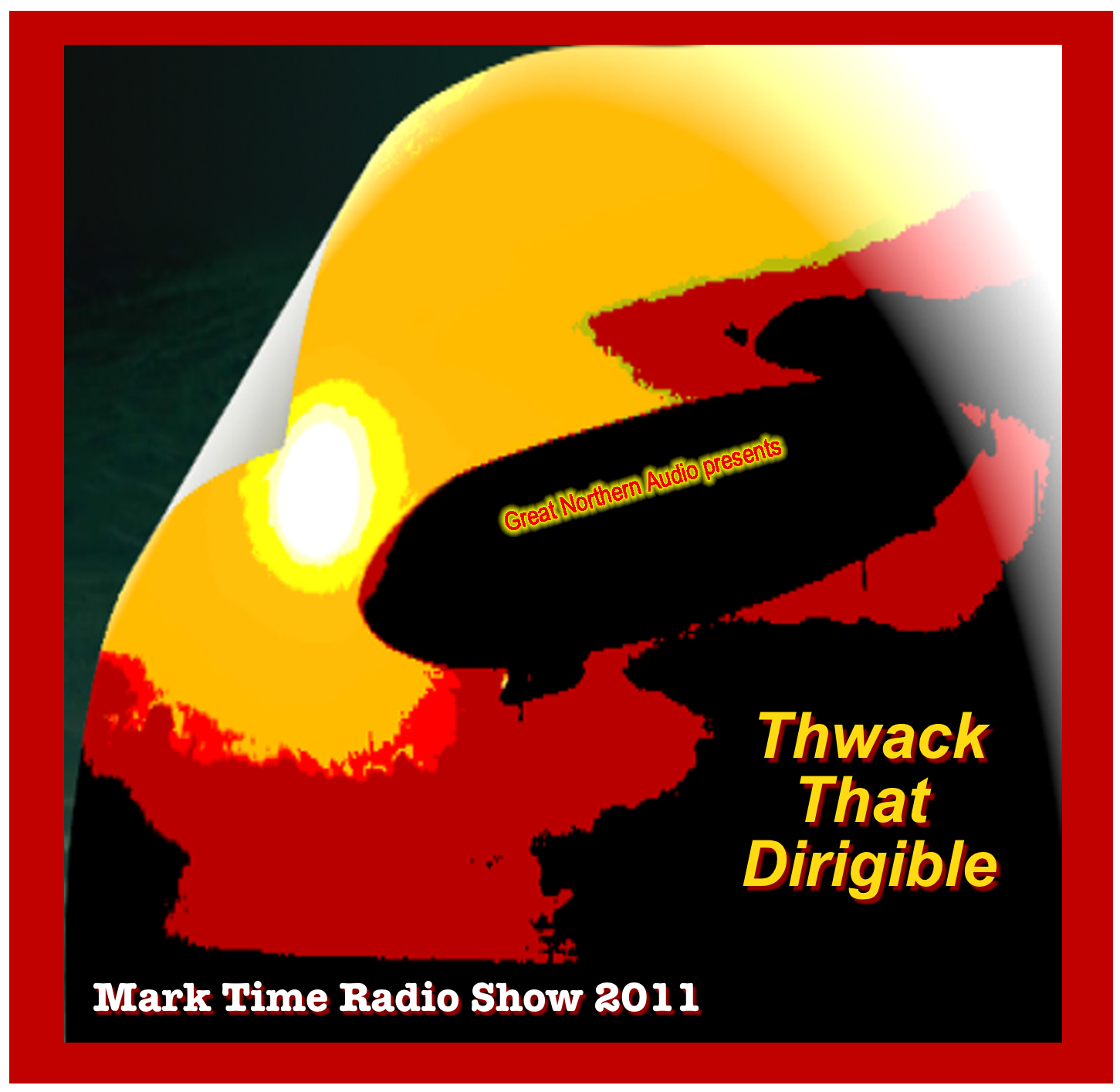 We kick off our Sci-Fi February with Great Northern Audio Theater’s fanciful anti-saga, Thwack That Dirigible!, performed before a live audience at last year’s Mark Time Awards ceremony during the CONVergence CON for science fiction and fantasy media in Bloomington, MN.

Brian Price of Great Northern Audio Theater, who directed this piece that was also produced by his frequent collaborator, Jerry Stearns, joins us after our feature to give us an update on the upcoming 15th Anniversary Mark Time Awards which will feature some very special guests.

Brian also reminds producers they have till March 1st, 2012 to submit their sci-fi or fantasy/horror audio dramas for the competition by visiting the registration and information page at Great Northern Audio.

Finally, we get a personal glimpse at how former Texas Gulf Coaster Captain Radio™ is getting along with Old Man Winter on Fred’s rural Maine goat farm.

Listen carefully and you’ll hear an audio cameo appearance by Tanja Milojevic from Lightning Bolt Theater of the Mind.