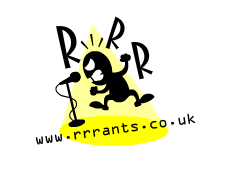 What a wild and eventful week for us here in Alfred, Maine (Fred’s hometown).

Fred’s life is a furious pile of boxes bags and wires as he and Amy gear up for a five week trek to one of the most dynamic and intriguing countries of the world, South Africa. While there, Fred hopes to connect with some of South Africa’s varied audio drama lovers and record sounds of curious critters from local baboons to the hippopotamus (from a distant, he assures us).

So what to do with Radio Drama Revival programming for that period?  In hopes to keep the same quality podcast productions flowing. Fred had even come up with an exciting new theme for the first set of 2012 programs, New Year, New Audio, to challenge all of us to try out audio drama genres and troupes not on our personal “short list”, then to share any genuine great new finds in production and talent with others to get them interested in doing the same or in listening for the first time to modern independent audio drama.  But as time grew short for his trek, this mini-series did not seem fit to happen.

Just when he’d reconciled himself to substituting OTR re-runs of Baby Snooks and The Alan Young Show, serendipity struck with sweet vengeance. By insane coincidence, a recent yardsale find (a gorgeous one-of-a-kind hardwood cathedral OTR radio and phonograph) turns out to coince-accidental-and-destructionally be the powerful and noisy secret Auralan Resistance teleportation device. Next thing you know, our own Captain Radio™ was standing before me, dusting himself off, wondering what to do for a whole month while the “radio” recharged.

And you know it, dudes: Fred made him an offer he couldn’t refuse … try as he might!

So, while Fred’s away soaking up sun in South Africa, our own Captain Radio™ will be hosting Radio Drama Revival while shoveling snowed-in driveways and learning the gentle art of milking cantankerous Maine goats twice daily in sub-zero wind chills.  We can’t tell you how much this thrilled the native Texan.  No, seriously, we can’t.

To get our New Year, New Audio series off on appropriately eccentric footing, we open with three clever and satirical sketches cooked up by the fun patchwork of “unusual” poets, songwriters, and storytellers now part of the UK’s Rythmical Ravings & Rants (RRRants) non-profit consortium of modern troubadours. Visit festivals with a curmudgeon’s trained eye, turn a committee meet inside out, and carefully deflect observation while discoursing with talking critters, all this week on one of the most action-packed and fun Radio Drama Revival episodes ever!