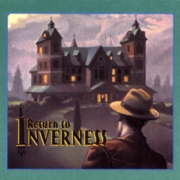 This week is our second installment featuring Return to Inverness, set some years after Jack Flanders started his mystical journeymaking and spiritual globetrotting.

Upon the death of Lady Jowls, Jack finds himself back at Inverness, having inherited a generation of kooky inhabitants and dazzled by the mysterious that still remain. As if the tricky tenants weren’t bad enough, stuff starts disappearing, and mystical beings start being sited on premises…

Also, Captain Radio reviews Minister of Chance, a lush, soundscape heavy tightly acted science fiction epic. We are very, very excited about his new project and thrilled to be sharing it with you.

P.S. If you like this journey, check out the newest Inverness series, Steam Dreamers of Inverness! (now with several episodes), the original Fourth Tower of Inverness, or many other Jack Flanders adventures over at ZBS. This is as good as audio drama gets!