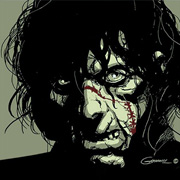 Trick or treat?  No, treat!

Today’s bonus episode is from Quicksilver Radio Theater, a tremendously great group based out of New York City who have brought us such gems as Good Friday, 1865, Lincoln’s Last Day, The Speckled Band, Julius Caesar, and, of course, this one: a true-to-the-text version of Frankenstein.

Yes, it’s the classic tale of a creature that turns against its creator after the creator realizes the horror of playing god.  Forget the movies, and give you ears a treat!

Directed by JAY STERN (Independent Feature, “THE CHANGELING”), and faithfully adapted by Producer CRAIG WICHMAN from Mary Shelley’s novel, this drama explores the story’s themes of responsibility and obsession – perhaps even more relevant in our day than in the author’s.

Sound by DAVID NOLAN, with effects by MR. BALDO. Music is by TONY AWARD-Winner MARK HOLLMANN.