Interview from the 4/10/2014 live terrestrial radio show of Radio Drama Revival (Airs on WMPG Thursdays, 1-1:30pm EDT and yeah, you can stream it).

Josh Finney and Denise Poirier talk about the Kickstarter project they’re working on together, promoting a dramatization of the cyberpunk graphic novel Utopiates. 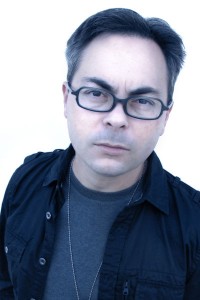 Author and sometimes artist, Josh Finney follows in the fine tradition of sci-fi novelists in that he’s a prickly, opinionated son-of-a-bitch who will tell you exactly what’s on his mind. Fortunately for Josh, he can also write well, which seems to afford people like him a certain amount of leeway. He currently has two graphic novels on the shelf: a sci-fi war epic entitled TITANIUM RAIN, and a biotech noir tale, UTOPIATES. He also has several short stories in print and is in the process of completing his first prose novel. His most notible art jobs include a Batman title, a Robert Jordan book cover, and concept art for Star Trek: Enterprise.

He also drinks too much coffee, obsesses over his music collection, and denies that his first sexual experience involved an alien abduction. On his driver’s licenses the letters PhD. appear after his name, although he refuses to talk about it. 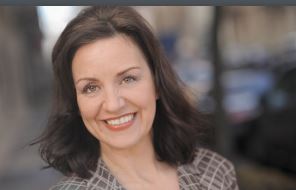 Denise Poirier is an American voice actress best known for playing the character of Æon Flux in the MTV animated series of the same name.

She also had prominent roles in Reign: The Conqueror, HBO’s Spawn, and the English version of Golgo 13: Queen Bee, the Vampire Hunter D video game, as well as guest appearances on Seinfeld, Frasier, Murphy Brown, and 3rd Rock from the Sun.

In 2010, she portrayed the villain Verloona Ti in the AudioComics Company recording of the space opera “Starstruck”. The recording was made available as a double CD and as MP3 downloads. In 2011, she reprised the role in a new audioplay, “Starstruck: Running Scared”, which was scheduled for release as a free download later in the year. (Courtesy Wikipedia)